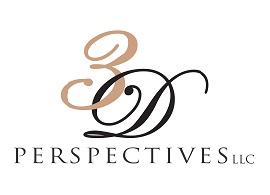 What do you hear?

On an episode of “Two and a Half Men,” Charlie Sheen’s character “Charlie” is being reprimanded by his sister-in-law, Judith, for flaunting his unsavory lifestyle in front of his nephew, Jake. Charlie comforts Judith with a repeated response of “I understand.” Judith, confident that Alex will stop his offending behavior, leaves feeling content and victorious.

Charlie’s brother, Alan, has witnessed the scene and asks Charlie, “So, does that mean you’re going to stop?” To which Charlie replied, “Heck no I just said “I understand”. It doesn’t mean I mean it. People just seem to like to hear it.”

What can we learn from this example? Judith, like many people, only hear what they want to hear, not what is actually being said. Now, Charlie is obviously being malicious and using self-centered motives and tactics. Oftentimes, people are unaware of their “half-truths” and are acting strictly out of the fear of rejection or their need to please others.

Compare this to deception in advertising as described in the book, “Lies Women Believe” by Nancy Leigh DeMoss. “Deception in advertising appeals to our natural human longings. We want to believe that somehow, mysteriously, those unwanted pounds really could melt away in just ten minutes – no sweat, no discipline, no cost, no effort, no pain. That’s why we buy the pills…”

Sometimes “hear what we want to hear” because of an old wound or pain that exists in our sub-conscious. Sometimes it’s because we want to be needed, loved, or we lack emotional fulfillment. As I teach in my coaching sessions, setting boundaries has to do with telling the truth. Someone who respects your boundaries will welcome the truth and respect you for having an opinion and setting limits. On the other hand, someone who hates limits may try to manipulate you into believing that they are in agreement with you when in fact, they are not.

As a life and business coach, and master Neuro-Linguistic (NLP) practitioner, I can help you to recognize boundary problems in your life and identify ways in which you can start setting boundaries of your own. If you are ready to take back control of your life call me at 972-578-4745 or, click here for a complementary coaching session. I’m listening, how about you?

Notice: Trying to access array offset on value of type bool in /var/www/wp-content/themes/celeste/views/prev_next.php on line 36

next
Speaking of ... Hiring a Coach